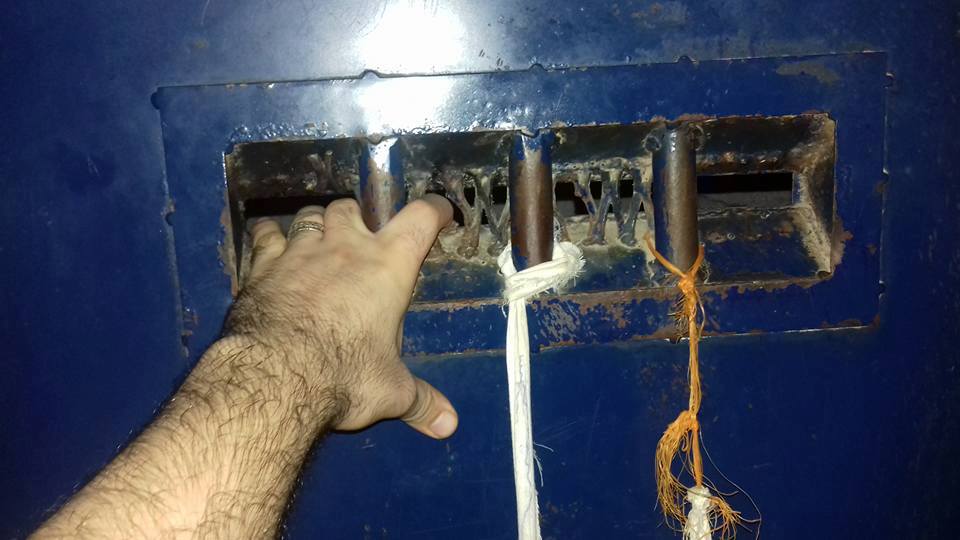 After Gehad was transferred to the Leiman hospital last month for two laparoscopic surgery on the knees, on Thursday (May 10th), General Mohammed al-Ansari ordered the guards to forcibly remove him from the wheelchair and throw him into a deportation vehicle and send him back to the Scorpion Prison. The guards brought him back to his solitary cell and closed the door. The prison administration refused to take any medical action with him and completely ignored his hunger strike.

On Wednesday, May 16, at 7 am, the guards were surprised to find Gehad unconscious. Majed al-Qadi and Doctor Ismail Okasha called for a blood glucose test. He was rushed to the prison clinic, but he refused to take the solution insisting on his strike.

Ahmed Faraj, forcibly bounded him with iron bars in the clinic bed in a way that caused injuries on his hands and ordered the doctor to inject him the glucose solution, but the doctor refused to participate in what is happening and went out. The nurse called Islam, who instructed Major Ahmed Faraj to twist Gehad wrist to be able to enter the syringe. Ahmed Faraj brought central security forces from the police’s riot department to the Scorpion  prison and ordered them to carry Gehad to the head of the detective’s office without crutches or a wheelchair, and because he could not stand or move they were ordered to drag and hit him. Gehad resisted them, but was forcibly carried away, causing sporadic bruising on his body, especially on the right shoulder.

Gehad wrote a complaint to the prison director about what happened, but the prison administration refused to investigate the incident and is still reluctant to complete treatment or conduct the operation.