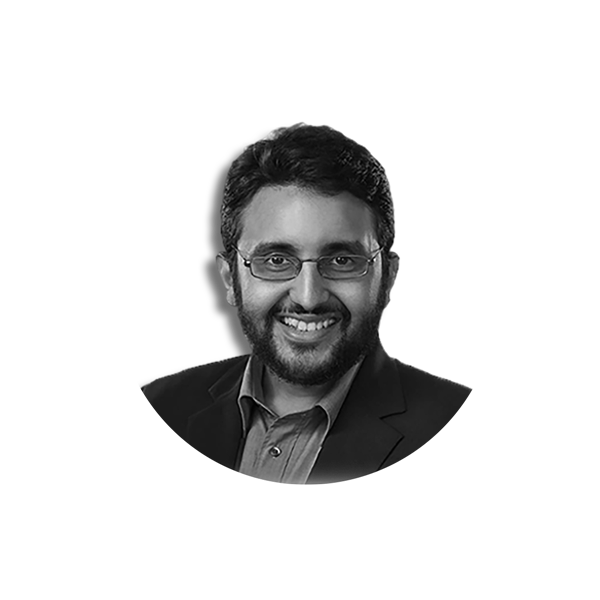 Gehad al-Haddad was born in 1981 and is an Egyptian political activist. Gehad Al-Haddad grew up in Alexandria. He received a BSc. in Architectural Engineering from Alexandria University in 2003. He was awarded a Chevening scholarship for a master degree in Strategic Marketing and Competitive Intelligence which he obtained from De Montfort University in the UK in 2006. He also holds a diploma in Information Technology and a certificate in Filmmaking.

Gehad worked as Cairo city director at Clinton Foundation’s Climate Initiative from 2007 to 2012. He set up the foundation’s office in Egypt and managed it for 5 years in which he built and maintained a communication network with more than 50 public organizations. Before joining Clinton foundation, Gehad worked as a regional coordinator in the Industrial Modernization Center where he coordinated projects and services across 13 regional branches throughout Egypt, reinitiated the “Egyptian Industrial Mapping” project and redesigned its work plans.

After the Egyptian Revolution, Gehad co-founded Qabila, a crowd-sourced media production entity, and was elected as its first CEO. He led Qabila from a working team into a standing entity. Gehad also volunteered as a senior adviser to Ayadi an Umbrella NGO aiming to empower, connect and revitalize the civil society in Egypt.

Since May 2011, Gehad worked as a senior adviser to the Freedom and Justice Party’s Foreign Affairs Committee. He volunteered as a media strategist and official Spokesperson for Morsi’s Presidential Campaign in 2011 to elect Egypt’s first democratically-elected President. He later became a member of the steering committee of President Morsi’s Renaissance Project focusing on developing a long-term economic recovery plan for Egypt.

After the military coup, he acted as the chief media spokesman for the Muslim Brotherhood before and during the Rabaa massacre, and until he was arrested in September 2013.

“Gehad and I worked together for nearly two years while I was the Program Director for Waste and Wastewater at the Clinton Climate Initiative (CCI). Gehad was CCI’s City Director for Cairo at the time and we collaborated to carefully research potential projects for Cairo to reduce greenhouse gas emissions through improved waste treatment (including renewable energy generation from existing dump sites) and subsequently jointly presented the most promising project(s) to Cairo’s Governor, one of Egypt’s most powerful and influential public officials.

During my multiple visits to Egypt, I was always very impressed by Gehad’s calm and respectful communication style, his clarity of presentation, and most importantly his ability to develop and maintain strong relationships with senior representatives of the Government, private, and non- governmental sectors, despite of his relatively young age.

CCI’s ability to maintain a respected and influential role in Cairo was to an important extent the direct result of Gehad’s hard work and commitment over the years. The results of his efforts will likely benefit the city in the years to come.”

“Gehad is.. a climate change believer and a sustainability advocate that was a very solid colleague at the Clinton Foundation’s Climate Initiative.”

“I have known Gehad for several years through mentoring which has developed into a friendship capacity. I’d known him to be diligent approachable and helpful to others with a can do/will do attitude. Gehad’s character makes him a perfect match to charitable and NGO’s type work and I have no hesitation to recommend him for similar type roles.”

Dr Mahmoud Ashmawy, who advised Gehad during his master study at De Montfort University said in 2010