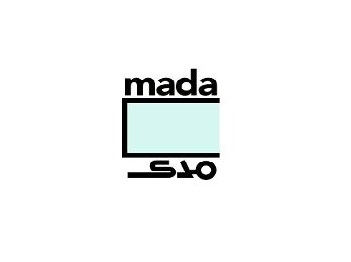 My heartbeat quickens as I see my mother’s name flash on my phone screen. I stop everything I’m doing and try to remember to breathe. I lift the phone to my ear and brace myself for the bad news that will inevitably come about my father who has been locked in an Egyptian prison for nearly eight years. They say things get easier with time, but these phone calls flout that rule. Nothing about them gets easier, especially when I’m receiving them in forced exile.

My father, Essam El-Haddad, was a senior adviser to President Mohammed Morsi. He was received by foreign governments and met with officials around the world. Now, at 67 years old, he languishes in solitary confinement. Despite his failing health, he has been denied medical care, having suffered four heart attacks since his detention. The little we know about my father’s circumstances we learned through the rare occasions our family was allowed to visit him by Egypt’s prison authorities. These visits have stopped since 2016.

As evidenced by the detention of my father and thousands of others who have been incarcerated since 2013, Egyptian politics can be brutal. But it doesn’t have to be this way. There are alternatives for those in power in Egypt. Do thousands of prisoners need to be imprisoned indefinitely or even executed because their particular faction of Egyptian politics lost out, leaving permanent scars on the soul of our nation?

The Egyptian authorities have a choice to make. Will my father be allowed to withdraw from public life and spend his remaining days in the company of his family, children and grandchildren who have been deprived of his love? Or will he spend the rest of his life locked up in solitary confinement? Bearing in mind that the first option would not have any noticeable consequences or repercussions for the Egyptian authorities.

The biggest fear families of political prisoners have faced since 2013 is to receive a call from the authorities asking them to collect their relatives’ corpses and prepare for their funerals, a fear that is amplified when visits are banned and no communication whatsoever is allowed with prisoners. The inability to say a final goodbye is an indescribably painful way to experience the death of a loved one; I wouldn’t wish it upon anyone.

Perhaps the most notable political prisoner who died in custody was former President Morsi, who collapsed just metres away from my father in the courtroom. In truth, for pro-Morsi political prisoners like my father, Morsi’s death ended a painful chapter in Egypt’s modern history. His death became a clear statement that the new local and regional political landscape will not allow for a recurrence of any form of political activity like that which occurred between 2012 and 2013.

A growing flurry of letters have been leaking out of prisons to Egyptian media. In these letters, political prisoners are requesting pardons while pledging to withdraw from public life and not to participate in politics in any shape or form. This initiative would have received even greater prominence in different prisons if communications were allowed between political prisoners. They are unprecedented seedlings of reconciliation. However, to date, the Egyptian government has not given this proposal its due attention. The voices who believe the status quo can be maintained indefinitely through repressive means keep winning the internal debates.

The energy and enthusiasm of the Arab Spring that brought Morsi to power has dissipated, and Egypt has taken a new road with President Abdel Fattah al-Sisi in charge for the past seven years. For figures like my father, politics has become a sort of activity that is impossible to replicate using the same methods or means that were used 10 years ago. So it is unjust to keep him captive and to keep his painful historical case open in a completely new political context, particularly when he is not, and cannot be, a threat to his country or anyone in it.

In a way, my father might appear to be a relic of a recent political past to be forgotten and left to die in the Egyptian charade of never-ending trials, solitary confinement and medical negligence. Yet to me, he is my father, my children’s grandfather. He is caring by nature — it’s what inspired him to become a doctor; what drove him as an international student in the UK to co-found the world’s biggest Islamic charity, saving and serving lives in every part of the world; and it’s what drove him to public service for his country. These are the parts we neglect in the headlines and the political dispatches that describe the ups and downs of Egyptian politics.

Every period in a country’s history determines the shape of its future. Turning a new page on the previous generation of Egyptian politicians is to end a painful chapter, an opportunity to plant seeds that can grow into orchards of harmony that future generations can reap.

There are those who think the Egyptian government is impossible to engage with. I have seen the Egyptian media attack Qatar and Turkey day and night for their support of President Morsi, and Egypt eventually joining the embargo on Qatar and facing off with Turkey over energy resources in the Mediterranean. Yet in the last few months, senior Turkish officials have been in talks with Cairo, and Qatar’s Emir has met with President Sisi.

Political changes within Egypt’s borders undoubtedly affect the geopolitical role the country can play in our turbulent region, and Egyptian prisoners remain a forgotten, but fundamental feature of these regional dynamics. If Egypt moves beyond this repressive period, it will regain its influence and strengthen its regional and global position, which could potentially lead to greater cooperation and success in handling many of the issues the country faces.

I am not writing these words on behalf of any faction or with any ulterior political motive. I am writing these words as a citizen of Egypt and as a son who misses and fears for his father. I know my father won’t be able to read these words, but I hope that they somehow make it to his cell. I hope someone will see these words, in Egypt, or in the corridors of power somewhere in the world, someone who believes that politics need not be a brutal, pain-filled game, and that Egypt’s future is made stronger by many different voices united for the national interest.

I Am a Member of the Muslim Brotherhood, Not a Terrorist

After a Visit Ban, Family of Essam Al-Haddad Discover He Was Transferred to Hospital