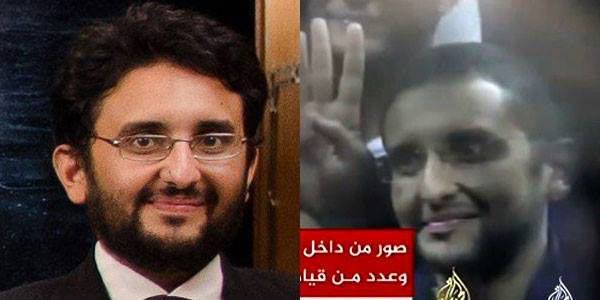 Today Gehad and Dr. Essam were brought to the courthouse. Scorpion prison has been closed for 3 months without visits.  We remained for 3 months not knowing if they were alive or dead until today.

3 months of starvation. They were breaking their fast during Ramadan with a piece of cheese or some beans. The prison cafeteria and canteen are closed !!

Today, at the hearing, they asked the lawyers to buy them anything to eat because they were “hungry” and there was only a bag of chips and a pack of biscuits for each of them, which were bought by lawyers!

They both lost significant weight .. And most of them pray only sitting because of inflammation of their joints because they sleep on the floor of their cells. Their conditions also worsens because they have been deprived from sun light for a year!

Gehad cannot move and remains lying on the floor of his solitary cell; unable to move without treatment or operation!!